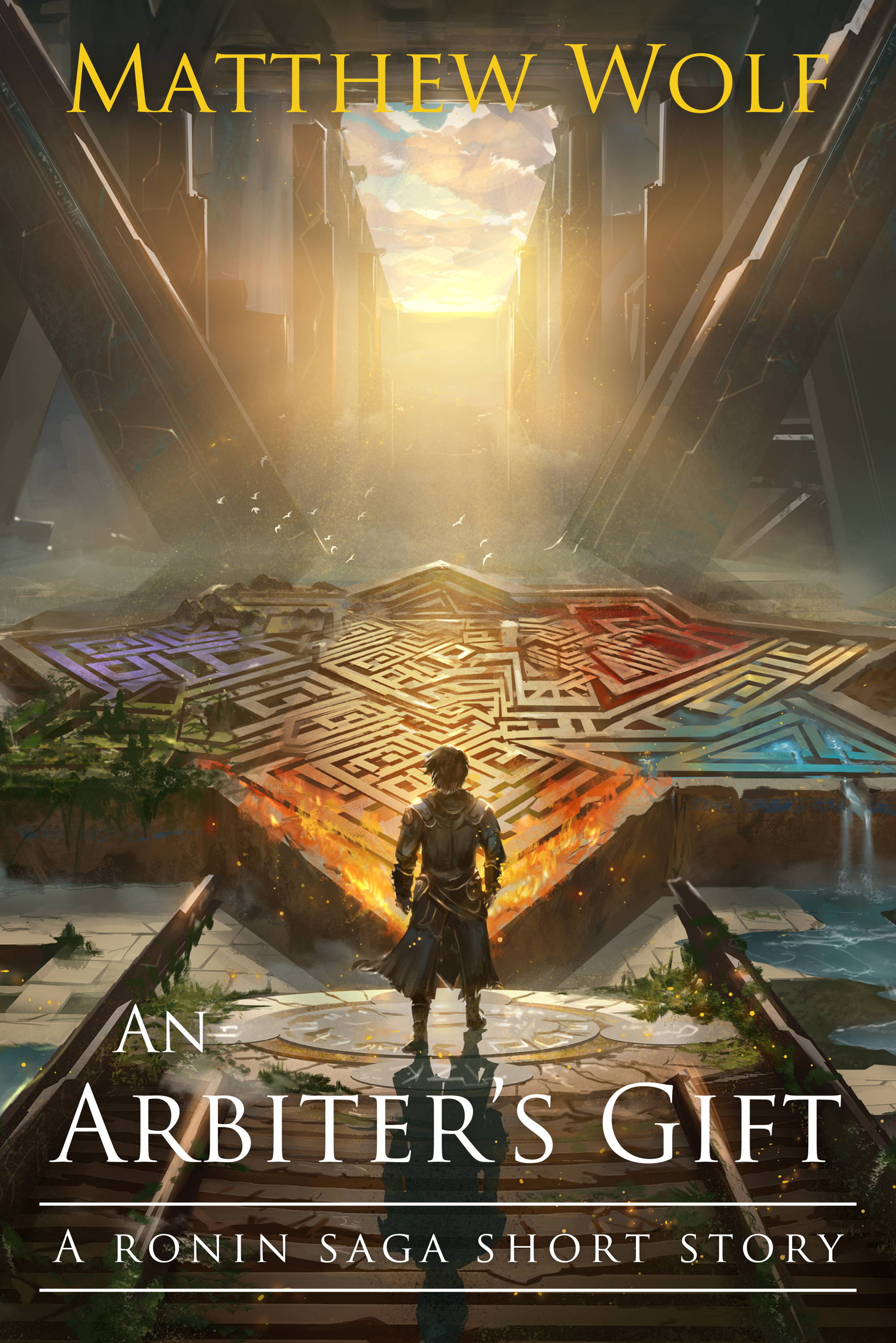 Ezrah is sixteen and a rapscallion denizen of the Citadel--a school of magical wizards called Reavers--and unfortunately, failing his studies miserably. On the verge of being kicked out, Ezrah has little hope but to pass a final test of magic.

However, the test soon becomes the least of Ezrah's concern, as a nefarious woman kidnaps his childhood friend in a plot to seize immeasurable power. At the same time, the city is slowly dying of thirst, the people abandoned by those meant to protect them.

Ezrah, untalented and far out of his league, must find his hidden spark of magic within himself in order to conquer a mythical maze of elemental magic, save a dying people, rescue his kidnapped friend, and become the legend he is destined for... or will fall to ruin.

Return to the magical world of Farhaven in An Arbiter's Gift, a riveting, fast-paced novella taking place in the bestselling series The Ronin Saga. 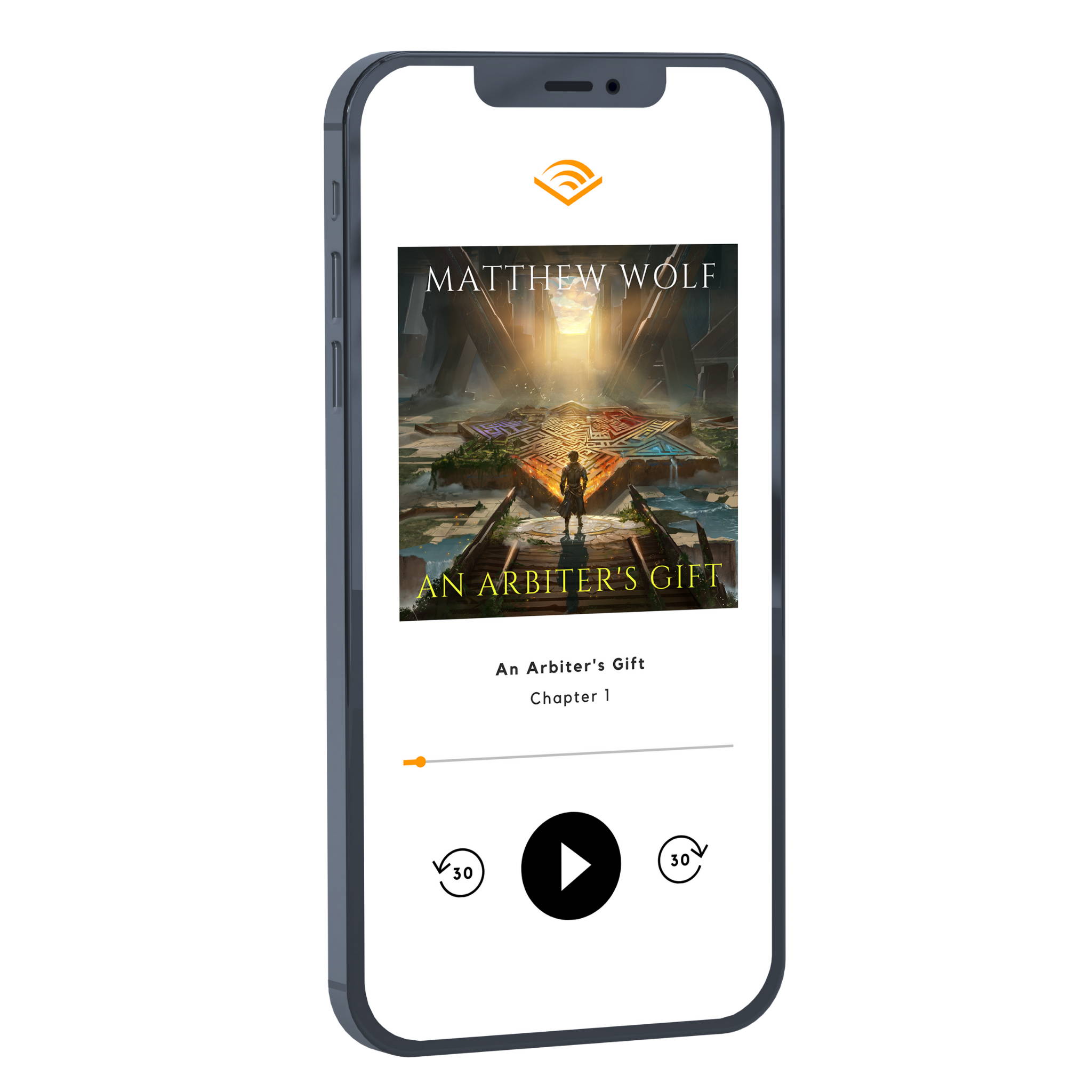 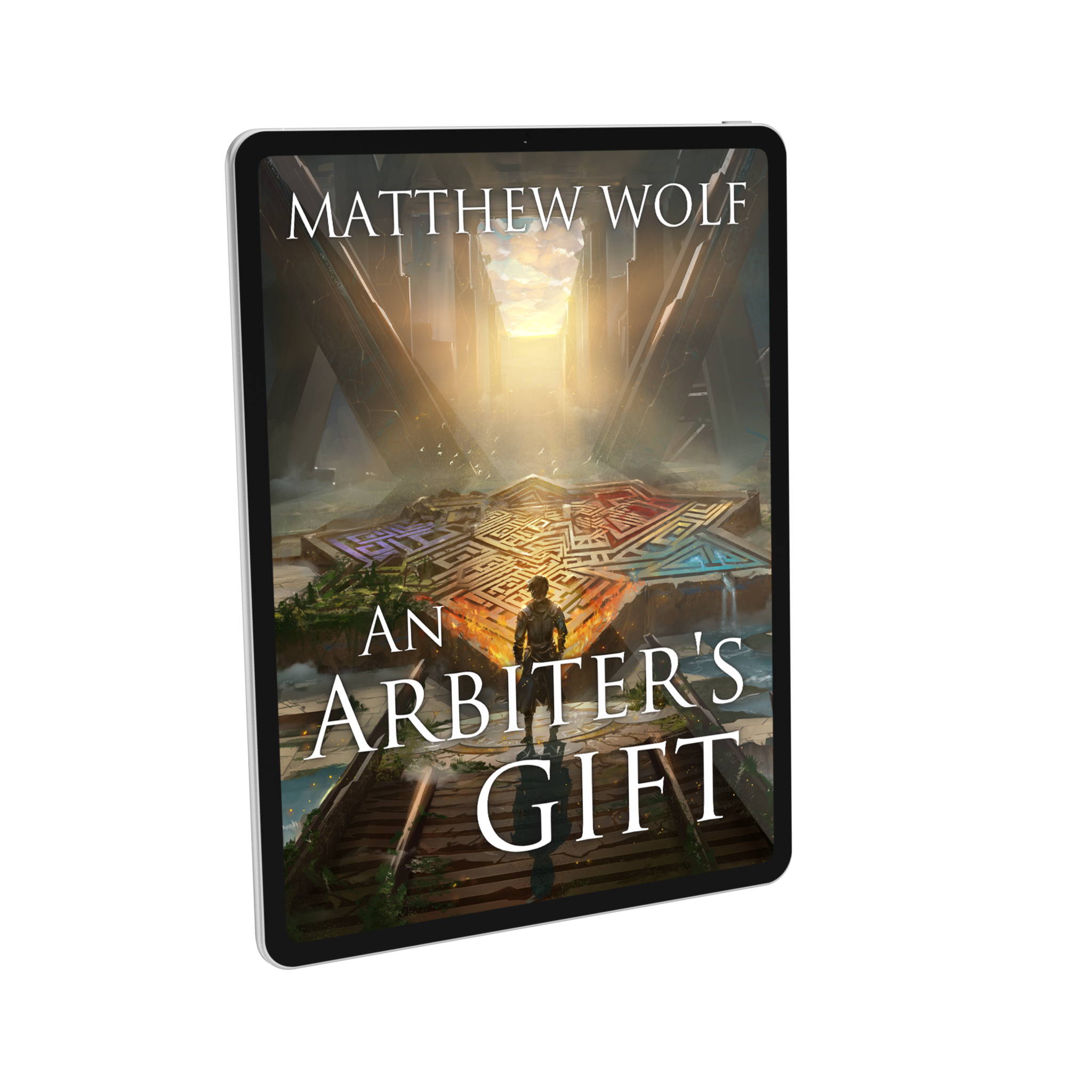 Order on Amazon
Sold out